Inside the job network terminals

These terminals are commonly found at Centrelink and some other job network provider locations. I recently managed to get my hands on some of these terminals to use for POS systems. 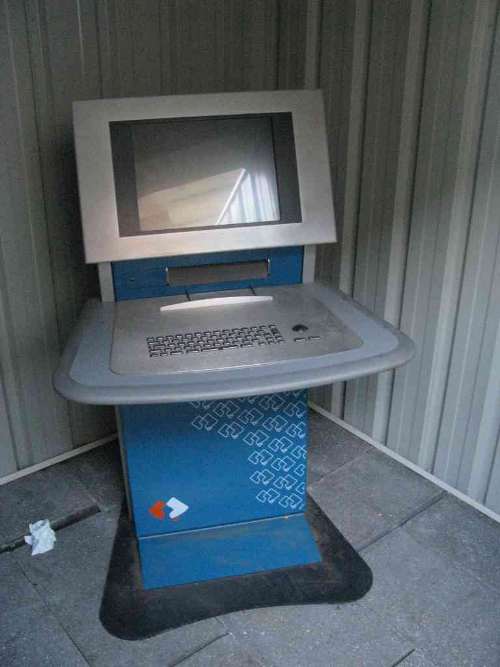 These units are as solid as they look, and weigh in at about 100kg each thanks to their steel construction. After all, they have to be bogan proof.

Basically, the key mechanism hooks on to a spring loaded bar inside the unit, which can easily be pushed up to release the screen, which is hinged at the top of the unit. 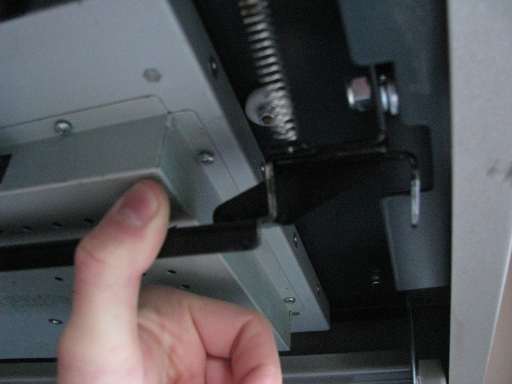 Now, knowing this, we can easily bypass the lock. We simply have to make a slot in the main unit directly behind the keyhole, as shown below. I chose to cut the slot by wasting several cutting discs with my dremel.

Next, I grabbed a solid implement to use as a lever. I chose a steel ruler, which has the added bonus of showing you how deep to insert it in the next image. I simply inserted the ruler though the slot in to the unit just below the level of the key lock about 8cm deep. 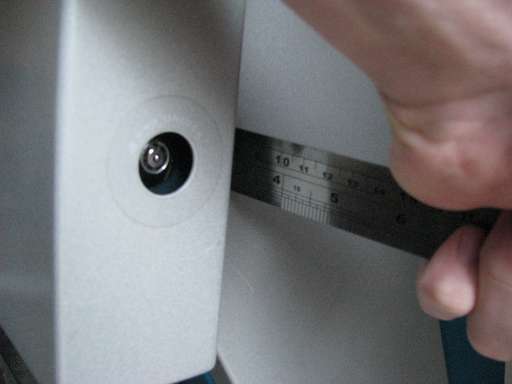 Next, I levered the steel ruler up until I felt resistance from the spring loaded locking lever mentioned earlier and lifted the screen from the bottom until it locked in to its open position. This revealed the internals of the top half of the unit. 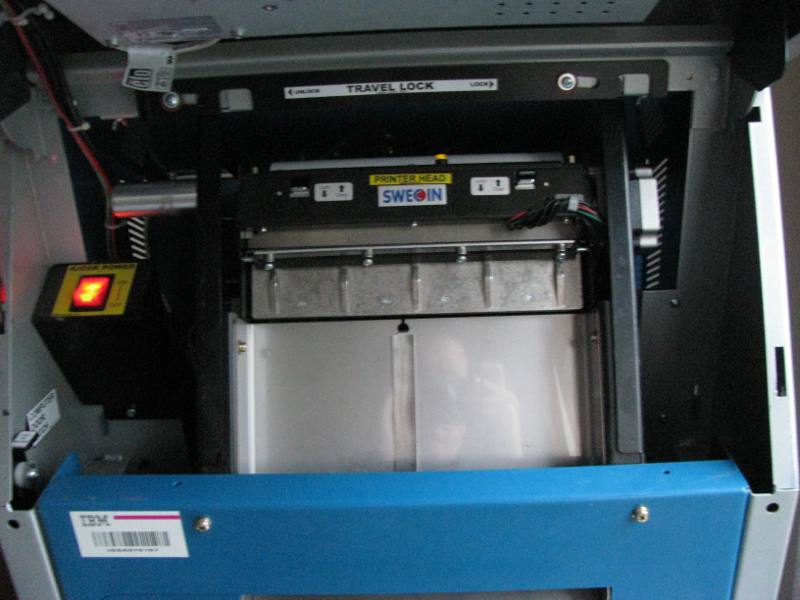 Points to note in the unit above:

Another point of interest is the monitor connections, shown below. 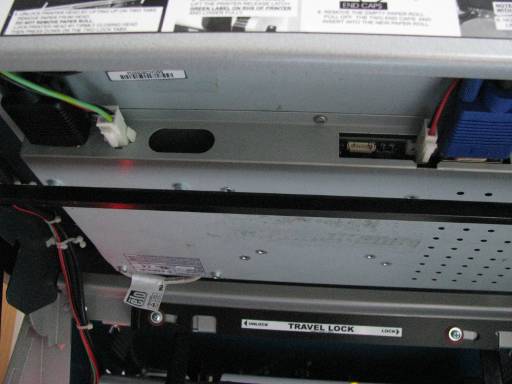 We can see that the monitor is connected via VGA and the touchscreen via a serial connection (RS-232). Also of interest is the small white connector to the left of the VGA and power connections. This plug is used for the monitor control remote, which should be located somewhere within the unit. In our case, we found one of the units had the remote secured with velcro next to the monitor, and another had it loose at the base of the terminal.

Using the latches mentioned earlier, we release the bottom panel to access the PC and power supply. 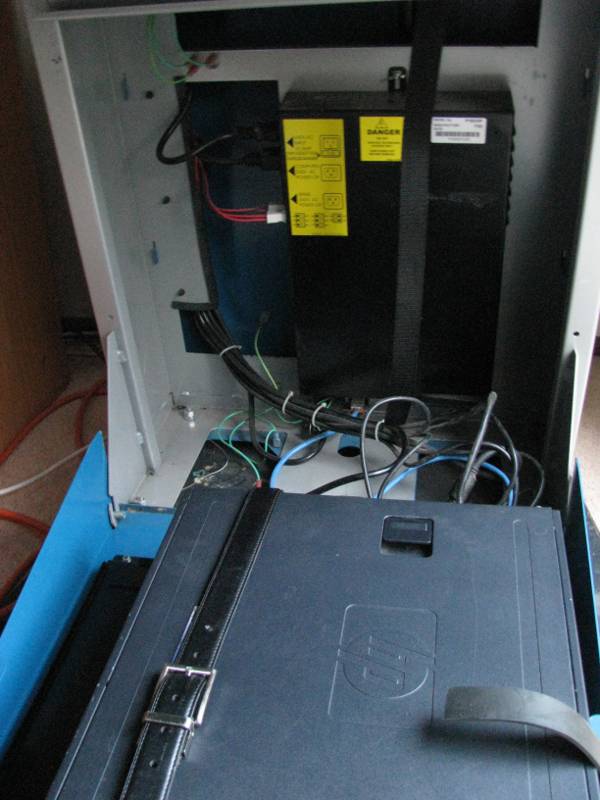 Here we can see the power supply, which provides 5 and 12 volt rails for the thermal printer and monitor. The PC in our units is not the original PC, as the seller removed the PCs from the terminals. We simply replaced it with a PC in a desktop case and secured it with a belt, since our seller was kind enough to cut the original rubber retention belt (seen in the bottom right corner in the image above).

Connections provided for the PC are:

Last of all is the back of the terminal, which provides an RJ45 jack for network connection and an IEC socket for power.

And so concludes the look inside the job network terminals.